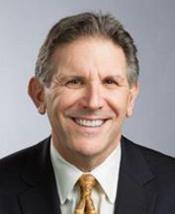 Di Stasio was formerly the General Manager and CEO of the Sacramento Municipal Utility District (SMUD) from June of 2008 through April of 2014.

Di Stasio was also a gubernatorial appointee to the California Workforce Investment Board. He was the Electric Light and Power Large Utility CEO of the Year in 2013. Di Stasio was also active in international energy issues in other countries including Bangladesh, Brazil, Botswana, India and Jordan. He was named Volunteer of the Year in 2013 by the United States Energy Association.

He is a graduate of the University of San Francisco and a Senior Fellow of the American Leadership Forum. Di Stasio is a native Californian and fourth generation farmer. He is the owner of Di Stasio Vineyards, a commercial vineyard in Amador County, California. Di Stasio enjoys foreign travel, golf, fishing and Amador Zinfandels.