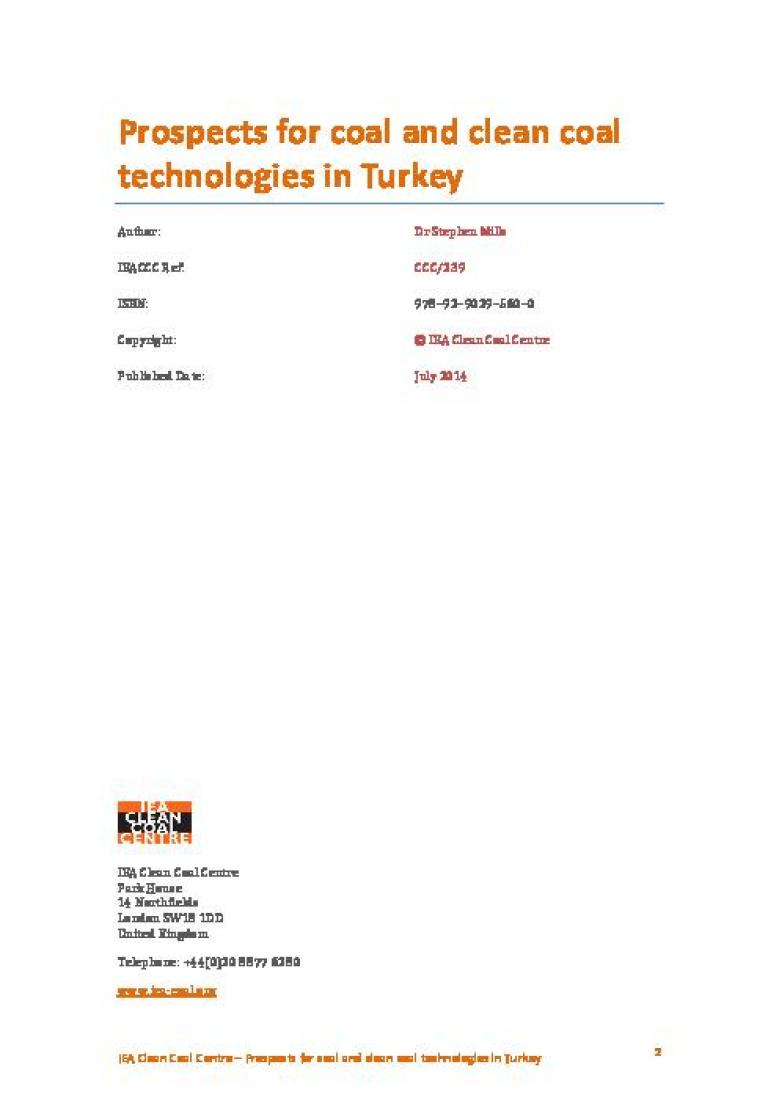 Prospects for coal and clean coal technologies in Turkey, CCC/239

Turkey has one of the world’s fastest growing economies. Rapid economic expansion, rising population, and growing industrialisation have triggered a general increase in energy demand.

During the last decade, natural gas and electricity requirements have soared. Over the next ten years, the current level of energy demand is expected to double. In order to meet this, significant investment in the energy sector will be required.

Like many countries, Turkey faces energy supply issues. Indigenous energy resources are limited almost exclusively to lignite and smaller amounts of hard coal. As a result, there is a heavy dependence on imported sources of energy. More than 90% of Turkey’s oil and 98% of its natural gas is imported, as is much of the hard coal consumed. The cost is considerable, accounting for around a quarter of the country’s overall annual import bill. A major government objective is to reduce this, particularly through the greater use of domestic lignite, widely available in many parts of the country.

To help facilitate this, the government is pursuing a coal strategy and has introduced incentives to encourage the greater utilisation of this resource. Many new power generation projects are in the pipeline, a significant number fired on lignite. However, there are also a number of major projects that will rely on imported hard coal.

Many existing state-owned coal-fired power assets (and coalfields) are in the process of being transferred to the private sector. Some power plants require modernising and this is being factored into their selling price. The current coal-based generating fleet comprises plants based on conventional pulverised coal or fluidised bed combustion technology. Some newer projects plan to use supercritical steam conditions and all major power plants will be required to install effective emission control systems.

The further development and application of a range of clean coal technologies is being pursued by a number of Turkish utilities, technology developers, and universities. There is increasing involvement with international projects and, in many cases, growing links with overseas counterparts.