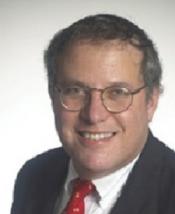 Craig Glazer serves as the Vice President--Federal Government Policy for PJM Interconnection. In this capacity, Mr. Glazer coordinates all of PJM’s regulatory and legislative policies before Congress, the Federal Energy Regulatory Commissions, the United States Department of Energy and other federal agencies.   PJM operates the largest competitive wholesale electricity market in the world and serves over 9% of the United States population. Mr. Glazer heads PJM’s Washington, D.C. office.

Prior to coming to PJM, Mr. Glazer served as Commissioner and Chairman of the Public Utilities Commission of Ohio. As one of the longest-serving Chairs of the Ohio Commission in its history, Mr. Glazer oversaw Ohio’s move toward deregulation of its telephone, natural gas, transportation and electric industries. Mr. Glazer served as CEO of the agency which operated with over 300 employees and a budget of $25 million. He also chaired the state’s Siting Board and served as a member of the Governor’s Cabinet.

Mr. Glazer remains extremely active on national electricity issues. He frequently testified before Congress and the Federal Energy Regulatory Commission on development of Regional Transmission Organizations and the needs of the marketplace.  Mr. Glazer served as a member of the Board of Directors of the National Association of Regulatory Utility Commissioners, Chairman of its International Relations Committee and a member of its Electricity and Energy Resources Committees. He also chaired the National Council on Competition in the Electric Industry, an interagency collaborative which brought together FERC, the state PUCs, the US Department of Energy, the US EPA and the National Council of State Legislatures. He has served as Chairman of the Board of Directors of the Northeast Midwest Institute, a bipartisan research arm of the Northeast and Midwest region’s Congressional delegations and on the Board of Directors of the Gridwise Alliance.

Mr. Glazer is a graduate of the University of Pennsylvania and the Vanderbilt University School of Law.