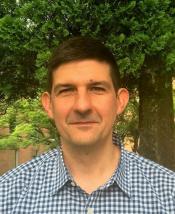 Mark Ackiewicz is the Director for the Office of Carbon Management Technologies at the Department of Energy's Office of Fossil Energy & Carbon Management (DOE-FECM).  He is responsible for planning, management, and administration of the division’s $200 million annual budget and its portfolio of R&D activities.  In this role, he leads a team of scientists and engineers that are collaborating and working with industry, national laboratories, and universities on developing advanced and transformational technologies to enhance energy security and reduce greenhouse gas (GHG) emissions.

Mark also serves as technical lead on several of the Department’s international R&D collaboration efforts, such as the Carbon Sequestration Leadership Forum (CSLF) and the Executive Committee for the International Energy Agency Greenhouse Gas (IEAGHG) R&D Programme. Under his leadership, he has led several multinational task forces and worked cooperatively with partners in standing up the International Carbon Capture Test Center Network.

Prior to his current position, Mr. Ackiewicz also served as DOE’s Carbon Capture Program Manager and Fuels Program Manager. Before joining DOE in 2007, he worked as a consultant, providing technical, analytical, and strategic planning services to the DOE and its technical research programs.  Early in his career, Mark worked in the private sector in various industrial research and engineering positions, where he was responsible for process development and new product scale-up to manufacturing.

Mark has a B.S. in Chemical Engineering from Johns Hopkins University, and a Master’s in Engineering Management from George Washington University. He is married and has two children.