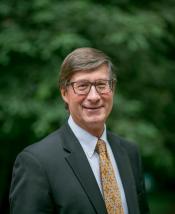 Matt Morrison serves as CEO of the Pacific NorthWest Economic Region (PNWER) which was established in 1991 by statute in the states of Alaska, Washington, Idaho, Montana, and Oregon, and the western Canadian provinces of British Columbia, Alberta, Saskatchewan, the Yukon and Northwest Territory. Mr. Morrison also manages PNWER’s Center for Regional Disaster Resilience (CRDR).

As CEO of PNWER, Mr. Morrison’s responsibilities include coordinating all PNWER projects and reporting to the governing board, which consists of legislative leadership of each state, province, and territory, governors and premiers, and private sector leaders. The mandate of PNWER is to build the region's economy while enhancing the region’s natural environment. PNWER’s 15 working groups focus on trade and border issues, economic development, agriculture, energy and environment, invasive species, tourism, transportation, and workforce, among several others.

Mr. Morrison is a leader in promoting innovation in the Canada-U.S. border region and has been instrumental in several successful pilots of the Beyond the Border and Perimeter Security Action Plan. PNWER has encouraged both Ottawa and Washington, D.C. to consider the region a ‘cross-border pilot zone’ because of the network of trusted relationships built by the ongoing working groups that PNWER facilitates.

Mr. Morrison has been engaged in building economic resilience over the past decade by hosting a series of critical infrastructure interdependency exercises focused on the regional economy and, through the Center for Regional Disaster Resilience, addressing public and private gaps and vulnerabilities to mitigate risks from all hazards to the regional economy. The CRDR also runs the Northwest Warning, Alert, and Response Network (NWWARN) and has conducted annual cybersecurity exercises in Washington State and Idaho for the past several years, focusing on cyber resilience and training. In addition, Mr. Morrison has been instrumental in coordinating with the Canadian government on infrastructure and port security and preparedness issues related to the Pacific Northwest, including joint exercises leading up to the 2010 Winter Olympics.

Along with his role at PNWER, Mr. Morrison is Co-Chair of the Future Borders Coalition (www.futureborderscoalition.org), a group of public and private organizations bringing solutions to border issues in all modes at the Canada – U.S. border. The FBC is currently working on COVID resilience and solutions to safely easing border restrictions based on science and health standards.

Mr. Morrison lives in Seattle with his wife, Beth. He and Beth have four adult children with whom they enjoy skiing, sailing, and hiking.