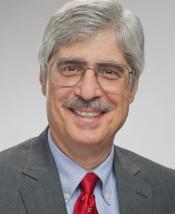 Tony joined FuelCell Energy (FCE) in 1978 and has held key leadership roles in research, development, and commercialization of electrochemical systems during his tenure.  He is well known throughout the battery and fuel cell industry, and has authored numerous papers, contributed to technical books, holds several US Patents, and has served as Chairman of the American Society of Mechanical Engineers PTC-50 Fuel Cell Performance Test Code committee.

Tony has held numerous positions in the company involved in managing advanced research and development of rechargeable batteries and fuel cells.  When FCE began to commercialize the DFC technology, Tony managed the first large-scale demonstration of the technology in Santa Clara, CA.  He established the company’s first Product Engineering group, and directed the transition of the company from reliance on outside engineering contractors to the development of a fully capable engineering department.  He also managed the creation of FCE’s Service and Project Management organizations during the company’s evolution from an R&D organization to a product company.