The hype and media noise around grid-scale energy storage in the U.S. is reaching saturation levels. California’s energy strategy is a forcing function for more storage but what about the rest of the country? While ISOs like PJM have instituted competitive frequency regulation procurement, storage is only one of many options that can compete for this service. 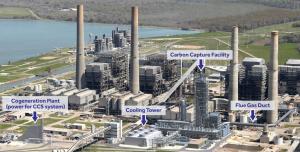 Mitsubishi Heavy Industries, Ltd. (MHI) began R&D activities for Carbon capture in 1990 and has developed a high efficiency chemical solvent process, the KM CDR Process®, in collaboration with the Kansai Electric Power Co., Inc. The process has been applied to eleven (11) worldwide commercial CO2 capture plants which are providing captured CO2 from natural gas-fired flue gas to enhance chemical production such as urea and methanol.

The U.S. Department of Energy’s Loan Programs Office (LPO) invests in the power of American innovation.

Financing CCUS Projects – How targeted policies can drive the industry

Summit Power Group is an energy development company with a focus on carbon capture for enhanced oil recovery. This talk will provide a high-level overview of the status of CCUS in the power industry and discuss how different policy mechanisms under consideration can enable projects and support the growth of this emerging industry.

The Annual Energy Outlook 2015, prepared by the U.S. Energy Information Administration, presents long-term annual projections of energy supply, demand, and prices through 2040. The projections, focused on U.S. energy markets, are based on results from EIA’s National Energy Modeling System. NEMS enables EIA to make projections under alternative, internally-consistent sets of assumptions, the results of which are presented as cases.

As opponents of oil and gas development continue to urge colleges and universities to divest their endowments of fossil-fuel related stocks, a new study suggests the costs associated with adopting such policies are real and enormous. Authored by Professor Daniel R. Fischel, president of Compass Lexecon and a professor emeritus of law and business at the University of Chicago Law School, this first-of-its-kind report compares two investment portfolios over a 50-year period: one that included energy-related stocks, and another that did not. Based on those models, Prof. 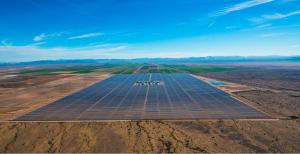 As the world looks to address climate change the demand for renewable power generation will increase. Energy storage will be needed to shift intermittent energy resources to match the demand for power. Solar thermal electric technologies (STE) offer the potential for low cost and efficient integrated energy storage. This talk will discuss the evolution of Abengoa’s thermal energy storage technologies for STE plants and how it can be used to help increase penetration of intermittent renewable generation and help support grid reliability.

Climate Intervention: Two Reports from the National Academy of Sciences

Climate intervention is no substitute for reductions in carbon dioxide emissions and adaptation efforts aimed at reducing the negative consequences of climate change. However, as our planet enters a period of changing climate never before experienced in recorded human history, interest is growing in the potential for deliberate intervention in the climate system to counter climate change. This study assesses the potential impacts, benefits, and costs of two different proposed classes of climate intervention: (1) carbon dioxide removal and (2) albedo modification (reflecting sunlight).

Solar photovoltaics (PV) makes up a small but rapidly growing portion of the nation’s electric generation capacity. Notwithstanding the increasing popularity and growth, questions remain regarding the basic costs and benefits, the nature and magnitude of subsidies, impacts on electric rates, and cost shifting among utility customers. This presentation provides an analytical framework for assessing the economics of solar PV within the electric utility sector.

M-WERC’s role in growing the Energy, Power, and Control sector through open innovation

M-WERC envisions that, through its efforts, the Midwest Region will become the leading region in the United States for the energy, power and control industries and will be known worldwide for its leading-edge research and technology development in these areas, resulting in innovative products, market leadership, employment opportunities, and vibrant technology transfer.