Two major energy pipeline projects, which would have carried essential fuel from oil and gas fields to population centers in the Southeast and the Midwest, were shut down this week.

Protecting USEA staff, our members and partners from COVID-19 and helping them manage this health crisis is our priority.

Thus, our briefings and meetings will be virtual until further notice.

Today, in its first hearing since President Trump declared a national emergency in March to combat the COVID-19 outbreak, the Senate Energy and Natural Resources (ENR) Committee advanced the nomination of Mark Menezes to become Deputy U.S. Energy Secretary.

A Memo From Our Executive Director

USEA is in its 9th week of working from home with our office completely closed. And we will likely be closed another few weeks to comply with the extended stay at home order of Washington, DC Mayor, Muriel Bowser.

A Letter From Our Chairman

I want to begin by sharing my sympathy with our USEA members, our extended family, for all we’ve faced since the outbreak of the COVID-19 virus.

On Wednesday, the U.S. Energy Association celebrated the 50th anniversary of Earth Day, recounting 50 actions USEA and its federal partners have taken to improve the planet over 30 years. 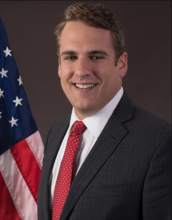 The Energy Department’s Office of Fossil Energy and U.S. Energy Association will kick off a national carbon capture roadshow across six U.S. cities on Tuesday January 28, starting in Washington.

Congressman Tom Reed (R-NY) has introduced legislation that will provide a tax incentive for new and innovative energy technologies in an effort to help the United States compete globally with technology advancements in other countries.

Hal Quinn, President and CEO of the National Mining Association (NMA), will be leaving the USEA Board of Directors at the end of the year. Quinn has been a Board member since 2008, the same year he took the helm at NMA. Quinn announced his retirement from NMA last spring. 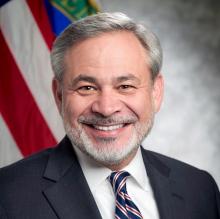 This week, President Trump nominated Deputy Energy Secretary Dan Brouillette to be his next energy secretary, replacing Rick Perry who plans to leave the helm by year’s end.

The Senate Energy and Natural Resources Committee will take up the nomination before sending it to the full Senate for approval.

After more than 80 years of building and operating hydroelectric dams, we may be tempted to take for granted TVA’s experience in things like flood control, dam safety and river navigation. But in some parts of the world, challenges we’ve solved still exist for power providers serving their developing nations. 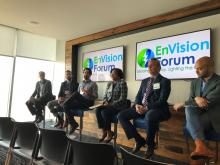 On the heels of U.S.-China trade talks in Washington last week, Tulane University Law School hosted its Fourth Annual U.S.-China Energy & Trade Forum this week to discuss the impact the 15-month long U.S.-China trade war has had on global energy, and expectations of a partial deal that could be reached next month in Chile. 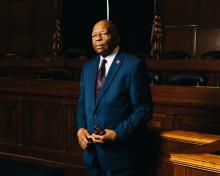 “Few leaders have the opportunity to leave behind a legacy larger than the one of Elijah Cummings. It’s difficult to sum up his accomplishments or influence after a lifetime of public service.

America has entered into an era of energy abundance and is now entering an era of energy independence, USEA’s Executive Director, Barry Worthington, told Fox Business host Liz Claman on Tuesday. In remarks on her show, Claman Countdown, Worthington said the American energy sector, bolstered by increasing natural gas exports and expansion of renewable energy, has achieved a level of abundance and independence for the United States unforeseeable even just six years ago.

The U.S. Energy Association’s Board of Directors has elected a new Chairman and Treasurer. 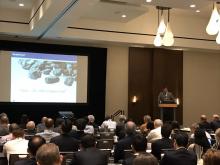 Fossil energy is an abundant, dominant part of the global energy supply and the daily lives of all Americans, but clean energy technology to capture carbon emissions must also be part of the equation, U.S. Energy Department Deputy Assistant Secretary for Clean Coal and Carbon Management, Lou Hrkman, told global clean coal executives in Houston on Tuesday. 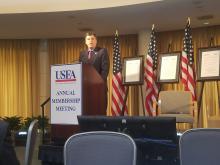 On Thursday, Brock Bierman, the U.S. Agency for International Development’s (USAID) Assistant Administrator for the Bureau of Europe and Eurasia, urged the U.S. and its allies to collectively protect countries in Southeast Europe from renewed threats to their sovereignty by the Kremlin.